I have read most, though not all, of the Isabel Dalhousie books by Alexander McCall Smith.  Isabel is a philosopher living in a beautiful Georgian house in Edinburgh she had inherited from her father.  She is Editor of the Review of Applied Ethics – which addresses such questions as ‘Truth telling in sexual relationships’ and is married to Jamie, a younger man who is “heart-meltingly decent” and “knee-weakeningly dishy” bassoonist.  Jamie was originally the boyfriend of her niece, Cat, which has caused problems, but that does not stop Cat frequently asking Isabel to help out at her delicatessen shop.  Jamie and Isabel have two young sons, toddler Magnus and Charlie who goes to nursery. Luckily, she has sensible, forthright, Grace as housekeeper to help her with her busy life, but she and Jamie decide to employ, Antonia, a vivacious Italian au pair. She is also able to hire Claire, a young Philosophy PhD student, to help her with the Review.

But Isabel seeks out problems to solve. Charlie’s nursery friend Basil has a rather abrasive mother Patricia who begins to take advantage of her, and she decides to investigate Basil’s paternity.  In the most eventful section of the story, Isabel follows a suspicious individual into a dangerous part of the city and narrowly avoids attack. Meanwhile Antonia’s night-time activities cause worry and Claire allows the despicable Professor Lettuce into Isabel’s house.  Through it all there is the close loving relationship between Isabel and Jamie and her innate goodness and willingness to help others. These stories describe a world unfamiliar to the average reader, but the relaxing charm and the philosophical questions considered make them very appealing, at least to me.

The Quiet Side of Passion on Amazon Uk

My Review of The Peppermint Tea Chronicles 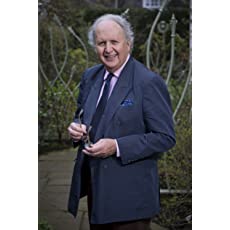 Alexander McCall Smith is one of the world’s most prolific and most popular authors. His career has been a varied one: for many years he was a professor of Medical Law and worked in universities in the United Kingdom and abroad. Then, after the publication of his highly successful ‘No 1 Ladies’ Detective Agency’ series, which has sold over twenty million copies, he devoted his time to the writing of fiction and has seen his various series of books translated into over forty-six languages and become bestsellers through the world. These include the Scotland Street novels, first published as a serial novel in The Scotsman, the Isabel Dalhousie novels, the Von Igelfeld series, and the Corduroy Mansions series, novels which started life as a delightful (but challenging to write) cross-media serial, written on the website of the Telegraph Media Group. This series won two major cross-media awards – Association of Online Publishers Digital Publishing Award 2009 for a Cross Media Project and the New Media Age award.