Thrilling wartime adventure and a sensitive story of relationships 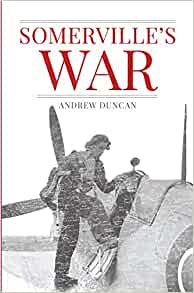 As a child I was fascinated by the tales my parents told of their time in the services in Europe during the war and moreover, stories about the Resistance or SOE have always interested me, so I opened this book with excitement.  Beginning in August 1940, we witness the last race of Somer River Sailing Club.  Through the eyes of trainee Polish spy “Labrador” we watch Leonora win the race and receive a kiss from her father, Brig, who is Captain of the club.  Soon we are immersed in the upper-class life of Somerville with its established pecking order of aristocrats who have known each other for most of their lives. Yet close by, young men are training for undercover action in France and Leo cannot wait to join the ATA where she will pilot planes from one British aerodrome to another, so that male pilots can take them into action.

But unknown to the local community “Brig”, the Brigadier, plays a major role in coordinating the training of undercover agents at Woodland house, hidden in the woods at Somerville. Soon, Henry, long-time friend of Leo, and her potential suitor, will also be trained alongside Labrador. The action will move to Normandy and the young men will be in great danger.

This is a study of the changes in everyday life brought about by wartime, but it is also a thrilling tale of heroism and a slow-burning love story.  Leo’s spontaneous character is easy to identify with, but I also began to understand the taciturn Brig who did his duty for his country and dearly loved his family. A beautifully written novel, revealing many fascinating details about flying Spitfires, conducting undercover warfare and dealing with betrayal in the best possible way.

I was given a copy of this book as a member of Rosie’s Book Review Team in return for an unbiased review.

Somerville’s War can be found on Amazon UK

One thought on “Somerville’s War by Andrew Duncan #RBRT #BookReview”