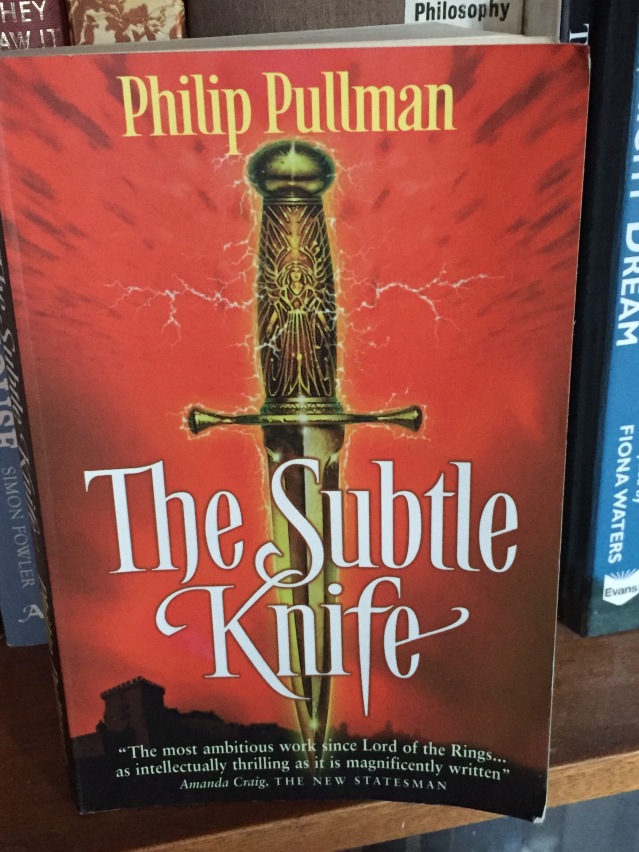 I read Philip Pullman’s trilogy back in the late 1990s but after watching the first series of His Dark Materials on TV I decided I would like to reread The Subtle Knife.  On TV we have already been introduced to Will Parry in parallel to Lyra’s early story, whereas in print, he is introduced, initially as the main character in this second book.  But I was reassured to find that I still found this compelling series riveting, if often distressing.

Will is an impressive boy, old before his years, formed by the fear and loneliness of looking after his mother after his father’s disappearance.  It is heartening to see him gradually grow towards Lyra as she supports him. They are both inadequately parented and aware of the importance of their destinies.  It is good to come to know more about the witch Serafina Pekkala and the adventurous Lee Scoresby. The brilliant characterisation is the key to the conviction of this story.  The daemons, which those from Lyra’s world each have, participate more actively in this book and you cannot help wanting one as part of your own soul.

The bright exciting world in which Will and Lyra find themselves in this novel, soon reveals itself to be a place of grief and the subtle knife itself, a poisoned chalice.  There are so many interesting themes taken from Paradise lost and William Blake but recognising the allusions is not necessary to the appreciation of the vast panoply of ideas within the novels.  Although very much a middle story ending on a cliff-hanger, in many ways it is my favourite.  I am very much looking forward to seeing how The Subtle Knife is presented on screen. 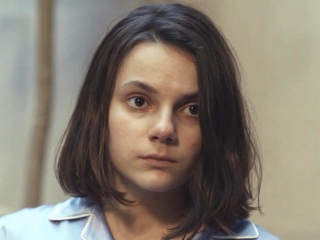 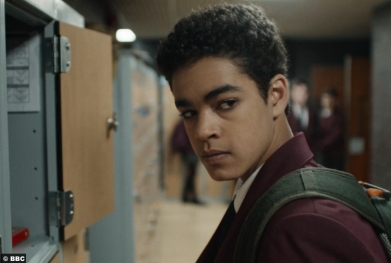