Old Books and time travel – what more could you want? 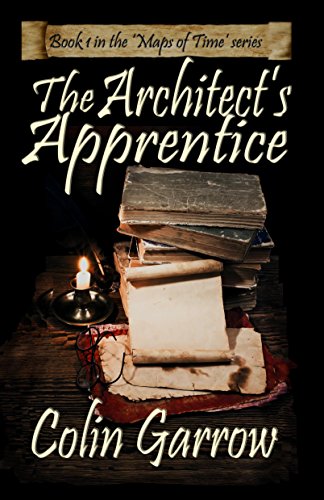 London, 1630. A boy searching for his father. A villain stealing books.

Forced to work for the dubious Savidge, eleven-year-old Tom Fennel is desperate to find his missing father. Distrustful of what he’s heard, he’s sure Savidge is involved. Meanwhile, books are vanishing from architect Martin Deacon’s library – books from the future. Enticed into the mysterious world of updrafts and secrets, Tom learns that finding his father is the least of his worries.

Tom is an intelligent, courageous hero, determined to find the truth even though that requires taking dangerous doors and updraughts into the near future.  Despite these time slips, the novel is grounded in the mire, deception and poverty of 17th century London. Aided by Emily, a confident young companion, and by his sister, Sarah, mute since the disappearance of their father, Tom must decide which adults can be trusted.

The plot is hectic and, at times, confusing but the reader is carried along by the amazing idea and the tension of Tom’s predicament. No-one is safe and some scenes are distressing but good can triumph.  A conclusion is reached but many threads remain to be followed into the next book in “The Maps of Time” series. A lively read for anyone aged 11 to 60 plus.

The Architect’s Apprentice is available at Amazon UK

Colin Garrow grew up in a former mining town in Northumberland. He has worked in a plethora of professions including: taxi driver, antiques dealer, drama facilitator, theatre director and fish processor, and has occasionally masqueraded as a pirate. All Colin’s books are available as eBooks and most are also out in paperback, too.

His short stories have appeared in several literary mags, including: SN Review, Flash Fiction Magazine, Word Bohemia, Every Day Fiction, The Grind, A3 Review, 1,000 Words, Inkapture and Scribble Magazine. He currently lives in a humble cottage in North East Scotland where he writes novels, stories, poems and the occasional song.

He also makes rather nice cakes.