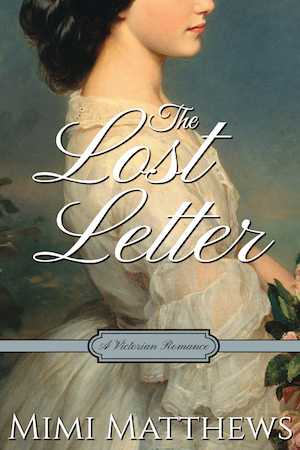 Here is a classic tale of love lost and ensuing misfortune. Paralleling the situation in the tale of Beauty and the Beast, the heroine, Sylvia Stafford finds herself in a stately manor house where the Earl of Radcliffe, badly injured in the Indian rebellion, hides himself away from society so no-one can see his facial scars.

But Miss Stafford had originally met the Earl 3 years earlier in London, when he was Colonel Sebastian Conrad. There had been flirtation, the exchange of kisses and he had taken a lock of her hair as a keepsake. Since then, her circumstances had changed dramatically. Her father, losing all his money at the gaming tables, committed suicide. Penniless and alone, Sylvia had accepted a position as Governess with a family in Cheapside and Sebastian had not contacted her.

Sylvia Stafford is a determined, proud, young lady of 25. She carries out her teaching duties enthusiastically and will not demean herself for the sake of money. Sebastian now believes that she is a fortune hunter, despite the efforts of his sister, Lady Julia Harker, to bring the two together.

Mimi Matthews writing reflects her deep academic knowledge of Victorian social history, subtly making every action and speech believable. Much of the story is told through conversations between the two protagonists and this engages the reader with their personalities and a wish for their happiness. The essence of this thwarted romance was deceit and misunderstanding and they extricate themselves from this in a credible way. I found myself rooting for Sylvia and enjoying every moment of this delightful novel.

When not writing historical non-fiction, Mimi authors exquisitely proper Victorian romance novels with dark, brooding heroes and intelligent, pragmatic heroines.  She is a member of Romance Writers of America, The Beau Monde, Savvy Authors, and English Historical Fiction Authors, and is currently represented by Serendipity Literary Agency in New York. Her debut Victorian romance The Lost Letter will be released in September 2017.

In her other life, Mimi is an attorney with both a Juris Doctor and a Bachelor of Arts in English Literature.  She resides in California with her family—which includes an Andalusian dressage horse, two Shelties, and two Siamese cats.

3 thoughts on “The Lost Letter by Mimi Matthews #amreading #BookReview”