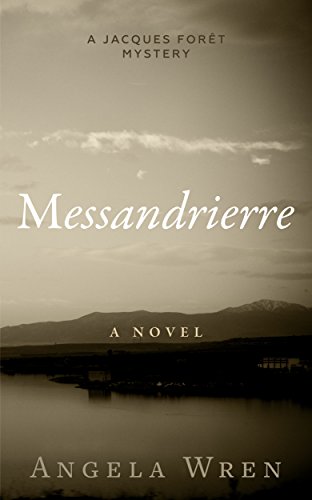 Jacques Forêt, an intelligent, considerate policeman, is vegetating in the small French village of Messandrierre, after leaving the challenging environment of Paris, so he is concerned when his unpleasant commander, Fournier, tells him to ignore the unexplained disappearance of three young adults, last seen nearby.  He is determined to continue his investigations, especially when he discovers that there have been more disappearances.

Meanwhile, Beth, a young British widow, has returned to the village intending to sell the cottage her husband had bought, but she is unsettled by the discovery that he had been keeping a secret from her for most of their married life.   Jacques tries to persuade her to stay in France but when she appears to be involved in his case, life becomes complicated.

Messandrierre is peopled by an assortment of French and British characters, who might all be suspects and there are plenty of red herrings.  The murder mystery is intriguing, as is the on/off romance between Jacques and Beth and the description of this part of rural France is vivid and believable.  I look forward to Jacques next investigation in Merle, published this month.

I’m an actor and director at a small theatre a few miles from where I live in the county of Yorkshire in the UK. I did work as a project and business change manager – very pressured and very demanding – but I managed to escape and now I write books.

I’ve always loved stories and story telling so it seemed a natural progression, to me, to try my hand at writing and I started with short stories. My first published story was in an anthology, which was put together by the magazine ‘Ireland’s Own’ and published in 2011.

I particularly enjoy the challenge of plotting and planning different genres of work. My short stories vary between contemporary romance, memoir, mystery and historical. I also write comic flash-fiction and have drafted two one-act plays that have been recorded for local radio.

My full-length stories are set in France where I like to spend as much time as possible each year. I’m currently working on the follow-up to Messandrierre and an anthology of alternative fairy tales which I intend to self-publish.

One thought on “Messandrierre: Murder in rural France by Angela Wren #TuesdayBookBlog”